The End of Quiet, A Tale of the 51st Millennium 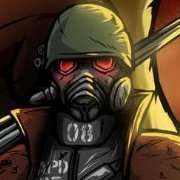