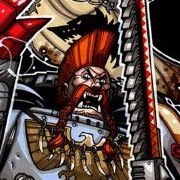 By Ranulf,
August 6 in + Necromunda +