Renamed - Warhead01 and the Horus Heresy 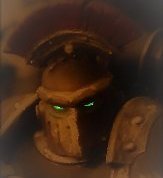