Facing the Unknown - Starting a New army together 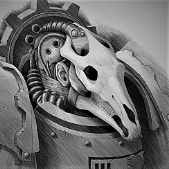