In today's episode of "What Painted Thing Will Cheex Redo Next?", we have an older eBay rescue that I had already rescued, but wanted to rescue again: Thrax Gorechosen, the Exalted Champion of the Gorefather!

This model is a kitbash of many models together. The base model is the current Exalted Champion (formerly the "Aspiring Champion" from Dark Vengeance), with a head from the AoS Skullreapers/Wrathmongers kit, arms from the AoS Blood Warriors kit, backpack from an old metal Chaos Lord, and an axe head made from the Skullreapers daemon axe and a Cataphractii Terminator chainaxe. 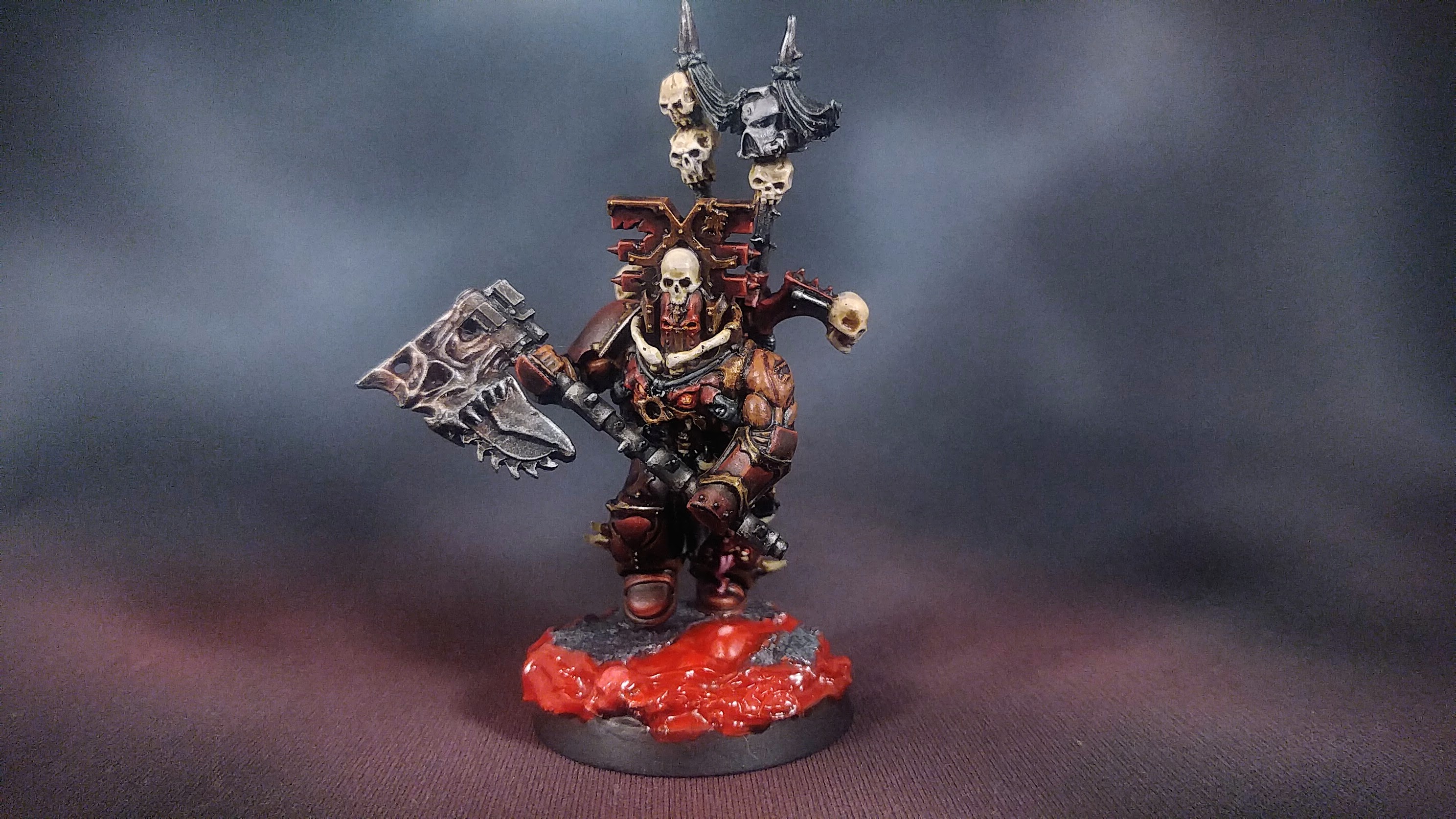 This guy just wasn't doing it for me, though. The axe looks nothing like Gorefather, the helmet - although grand - doesn't fit my vision of this guy, and the backpack's tassles are swinging the wrong way for his momentum. The whole thing just felt off. But what to do about it?

After rummaging through my bits box, I found the model's original backpack. It's a little understated, but at least it has the combi-melta that the Exalted Champion comes with as standard now, so he can start being WYSIWYG again. But I wasn't happy with the assortment of heads and chainaxes.

However, after hunting around for some good STLs, I found an excellent (if a touch expensive) set of heads with the Butcher's Nails, and then also found a great rendition of Gorefather. A few hours of printing, curing and painting later, and Thrax's facelift was complete!

I also took the opportunity to also improve the painting of the skin on the exposed arm, keeping the same dusky tone but with better blending on the shadows. Weirdly, the shading on the skin and on the metals seems to have been washed out a bit by the lights, but I'm pretty happy with the model.

I also darkened the blood pools on his base a little to better match the rest of my army.

Aside from a bit of resolution-related stepping on the axe (had I printed it at a better angle I would've avoided that!), the print turned out really well, especially for just a 2k printer. I might have another go at the axe another day, but for now it's fine.