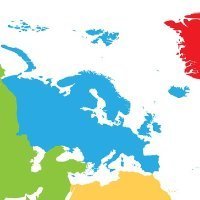 Discussion, events, etc. for events and issues specific to the Europe continental area
×
×