Lord Kratus, the Hand of Khorne

Once the Champion of Bardül's Terminator bodyguard, Kratus clawed his way to fill the power vaccuum left by his master's Spawndom. As the former Hand of Khorne's body was being torn asunder, Kratus tore Bardül's chainfist - a symbol of his self-proclaimed title - from his warplate. Easily besting other challengers for the title, Kratus assumed his position as the leader of the Aksha'i Cruentes, and now intends to reunite the many Cruentes warbands scattered through the galaxy.

Kratus is haunted by an unsual affliction: he can often see another warrior, wearing the colours of the old War Hounds Legion. This warrior has never revealed his name, nor has he ever removed his helmet, and speaks with a voice that Kratus does not recognise. When the warrior speaks directly to Kratus, no one else reacts; in battle, the warrior often warns Kratus of danger, or points out a flaw in an enemy's movements. Curiously, however, the warrior occasionally speaks to others in Kratus's presence, and when he does so his words are met with an air of respect, but at all other times he appears to not be noticed by anyone else.

After I finished painting him, he also gained two Chaos Boons: Serpentine Fangs (+1 to wound when charging or performing a Heroic Intervention) and Scorpion Tail (+1A). I couldn't resist adding a scorpion tail, and am saying that his lightning claw has gained a vampiric quality that leeches an enemy's resilience when he latches on.

Kratus has the Hatred Eternal Warlord Trait (reroll hits, +1A and +1S on the charge or when performing a Heroic Intervention).

With Kratus now leading the warband, one of his former Terminator companions, Murdax, has bested the rest to become the new Champion. Gathering more warriors to his command, Murdax himself has grown significantly in power and influence.

Murdax leads 9 Red Butcher Terminators, armed with various weapons. Murdax himself is armed with a combi-melta and chainfist, and has the Ambition's Edge Battle Trait (+1A, +1W and +1Ld for the unit Champion).

Over the past two battles, I have used two free Requisitions from having a Favoured Warfleet to improve the Butchers: one to adjust the unit's wargear (and give Murdax his new weapons, rather than a pair of Accursed weapons) and one to bump the unit up to 10 (before they level up again and are unable to take the Fresh Recruits Requisition). 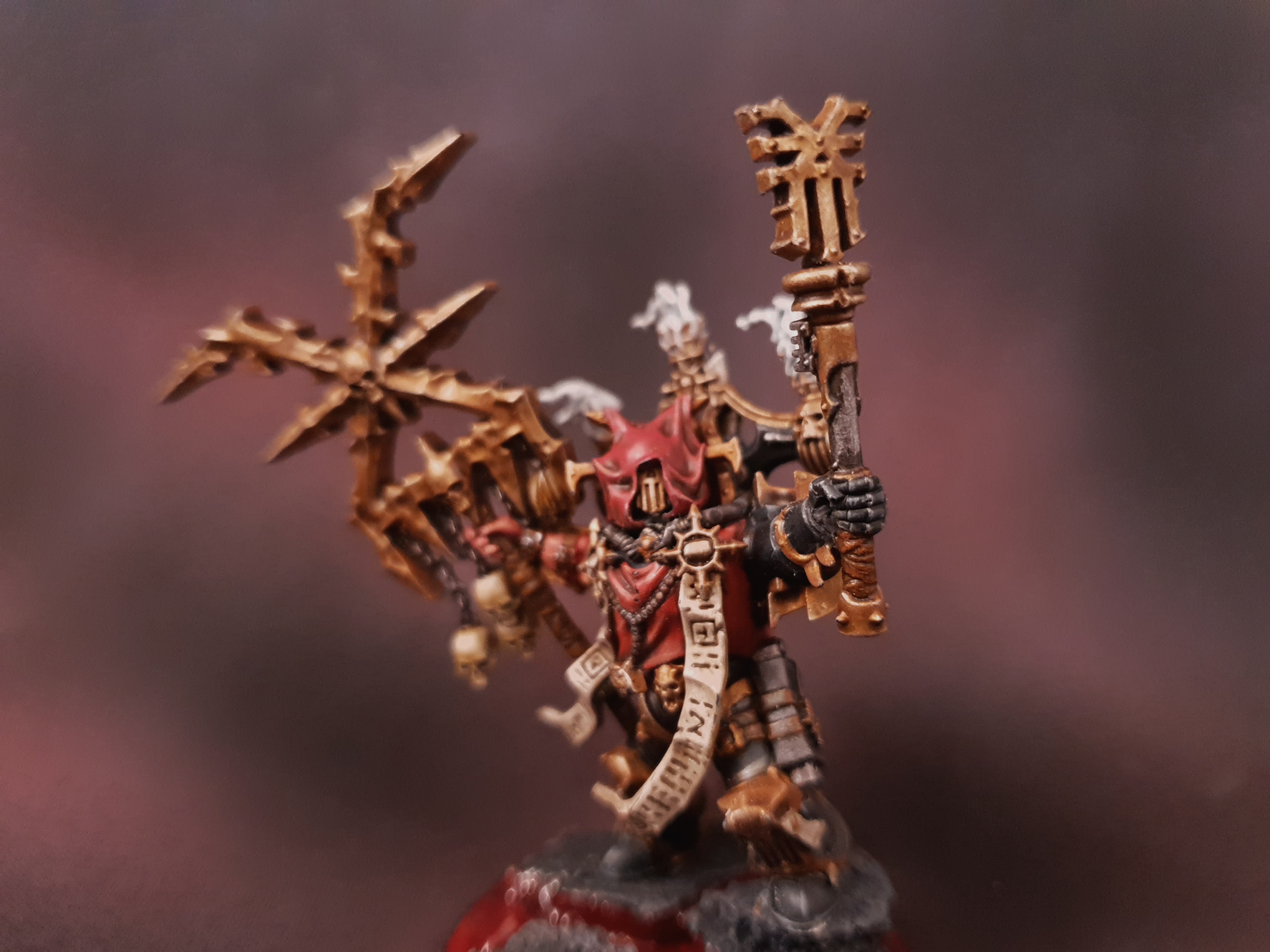 Unsatisfied with the Soultearer Portent prayer, I have spent 1RP on the Commune with the Dark Gods Requisition to replace it with Illusory Supplication. I know it's a bit of a meta choice, but I would like to win some battles every now and then!

Sidenote: yes, Baruda is named after the priest from Khârn: Eater of Worlds. Is it the same individual? Who knows!

As I get more and more used to the B&C's Blog functionality, I plan to create a "living" blog post that lists all units in my Order of Battle. I also would like to start using the Blog Categories feature to start cataloguing the modelling and painting side of the hobby, so there should be plenty more coming. I have some new models in the pipeline to replace some older models, so stay tuned!